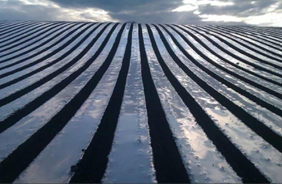 Shine’s Agri only supply Samco recommended films as they have always in the past given consistent results and are problem free.

Effects and benefits of film on Maize Crops.

The film allows Irish Maize growers to mature Hybrids in areas not previously achievable. Along with protecting the seedling from late frost the film creates a greenhouse effect heating up the soil and
encouraging rapid root development and growth. The film allows growers to sow 3 weeks earlier hence creating a longer growing season.

At the time of laying down the film the pinholes allow trapped air under the film to escape keeping the film tight to the soil.
During the first 6 weeks of plant growth the pin holes allows high temperature out on warm days and keeps the plants in an ambient environment for maximum growth.

Samco mulch film is a 7 micron Pre-Pin-Holed degradable film. The 7 micron is specially developed
by Samco for the Samco System. The rolls are 1.4m wide and cover 1¼ acres (1/2 hectare). The
weight is 33kg per roll. 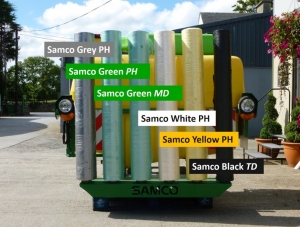